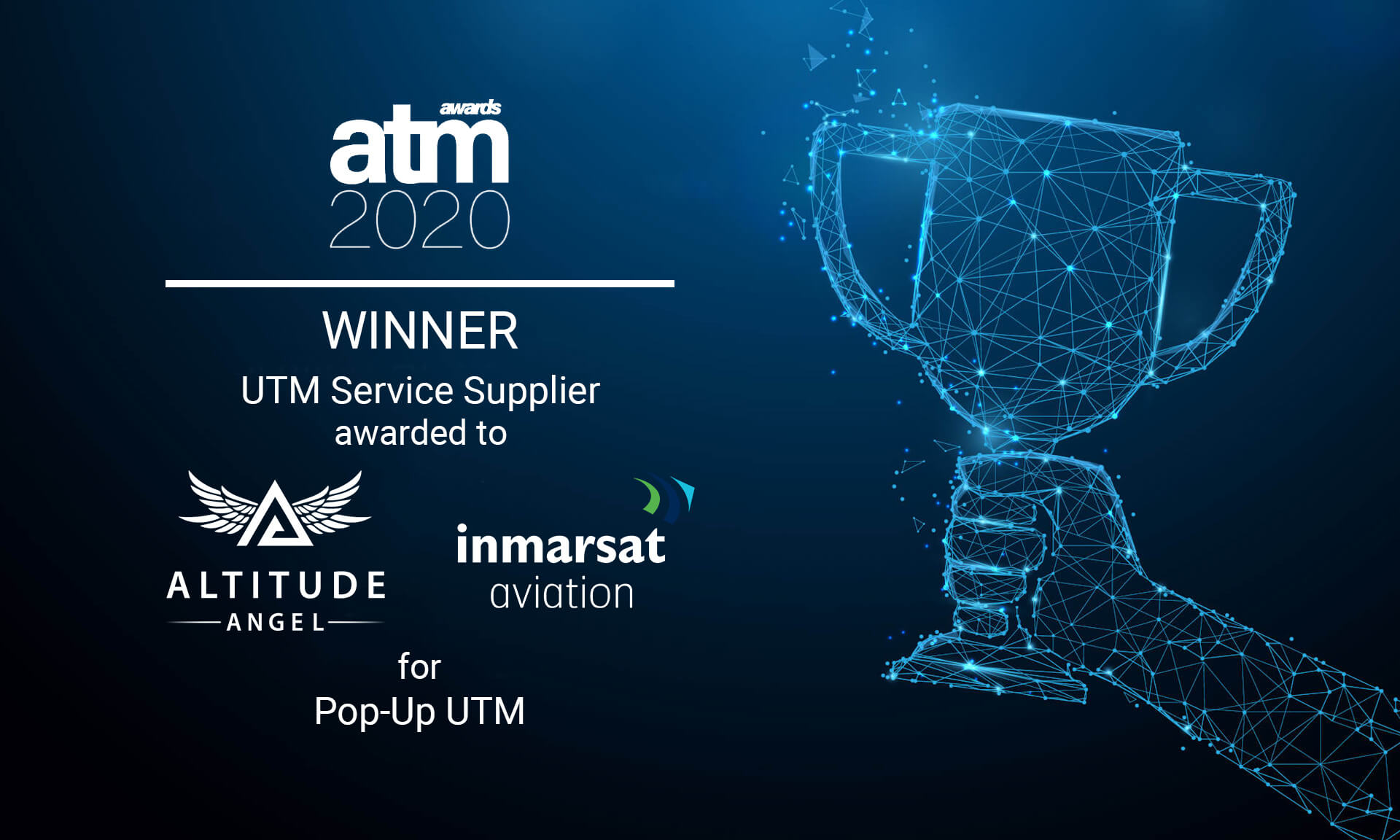 The judging panel, comprised of experts from different constituencies in the ATM and UTM industries, voted for Altitude Angel and Inmarsat’s ground-breaking Pop-Up UTM platform as winner in the new ‘UTM Service Suppliers’ category, which recognises pioneering technologies and procedures developed by UTM service suppliers to advance safety and complex operations.

The advanced platform delivers Beyond Visual Line of Sight (BVLOS) flight tracking for Unmanned Aerial Vehicles (UAVs), commonly known as drones, enabling them to be safely integrated into controlled airspace and ensuring they are visible to – and can be kept distant from – other air traffic.

Phil Binks, Altitude Angel’s Head of UTM, said: “We are honoured to be receive this award, which comes soon after we delivered a game-changing live demonstration of the Pop-Up UTM concept with our partner Inmarsat. It proved that the technology can be used anywhere on the planet, with just a moment’s notice, allowing organisations such as blue light services and first responders to safely and securely co-ordinate manned and unmanned aircraft in high-pressure or hostile environments.

“What made the demonstration even more impressive was the fact it took place in a fully operational airspace, side-by-side with regular air traffic movements. Following Altitude Angel’s success over the past 12 months, this award honours all the hard work and effort the team put in over the year, as well as the immense potential for unmanned traffic management in the future.”

Anthony Spouncer, Inmarsat Aviation Senior Director of UAVs & UTM, added: “Inmarsat is proud to receive this accolade and provide the essential connectivity for this innovative Pop-Up UTM platform via our unrivalled global satellite network. With more than 30 years of experience in providing communications, navigation and surveillance to the aviation industry worldwide, we are uniquely positioned to serve as the catalyst for the UAV industry’s rapid growth as it moves into BVLOS operations. Winning the ATM Magazine award with Altitude Angel reinforces the view that the industry is ready to take the next steps towards a combined airspace, which will allow civil and unmanned aircraft to co-exist safely.”

The demonstration flights produced excellent results, with the platform offering full situational awareness to the operator team and preventing any potential conflicts with commercial aircraft, in this instance operating in different airspace classifications, allowing for appropriate avoidance action.

Altitude Angel and Inmarsat discussed the demonstration flights in more detail during a webinar titled ‘Out of Sight: Deploying Pop-Up UTM’ on 16 February. Watch the virtual event here.