2020: The Year of Unified Traffic Management 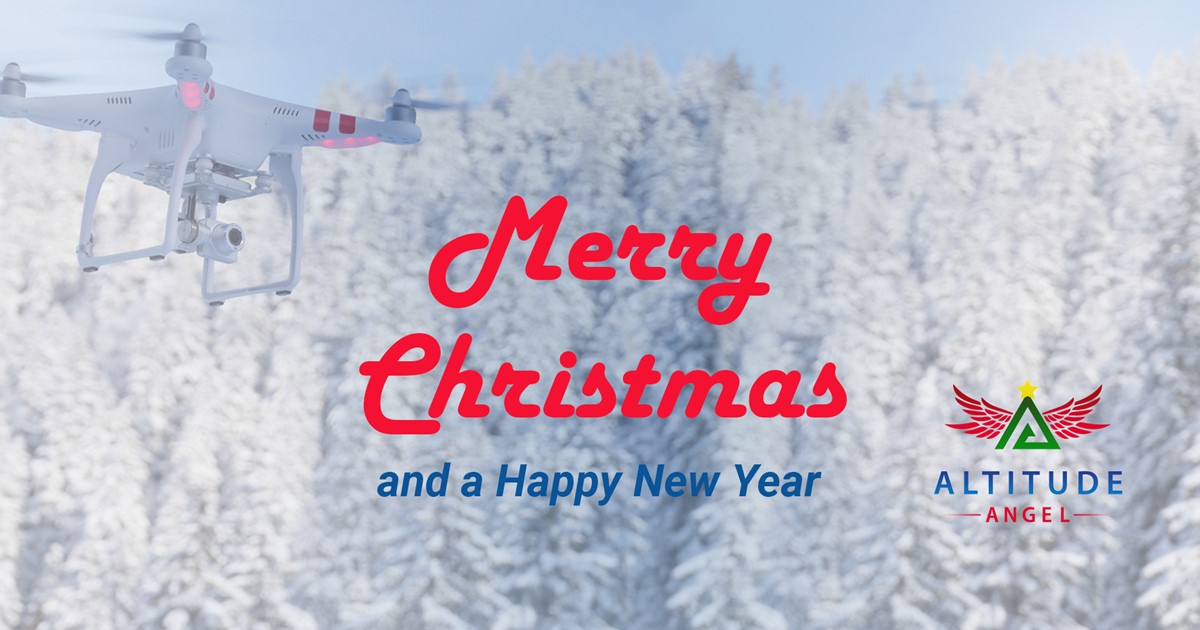 2019 was a big year for Altitude Angel. And 2020 will be even bigger. So, I thought I’d take a few moments to sit back, take stock, draw breath, look at what we and our partners have achieved in the past 12 months and look forward at what is to come.

We finished 2018 having achieved the seemingly impossible: Operation Zenith had taken months of planning, late nights and probably a little too much coffee, but what an achievement it was. We showed the world how, with the use of the right technology, it is possible to safely integrate unmanned traffic into a controlled airspace – even around a major international airport - and open-up the worldwide skies to commercial unmanned flights. We thank our 20 partner organisations, including NATS, DJI. Manchester Airport, Frequentis, and the 120 people involved, as well as the Police National Air Service, who were both participants in the demonstrations as well as recipients of drone traffic information.

The success and momentum generated by Operation Zenith in late 2018 carried through to 2019.

The year had barely begun when we made our first major announcement: DJI, the world leader in civilian drones and aerial imaging technology, would be improving its geofencing technology by incorporating Altitude Angel’s data in GEO Version 2.0. We commend DJI for its efforts to improve safety and look forward to future collaborations.

In March the Altitude Angel team attended the World ATM Congress in Madrid where we showcased GuardianUTM, joined industry speaker panels, and attended the celebrated Jane’s ATC Awards where we were shortlisted for the Enabling Technology category, alongside our partners in Operation Zenith, Frequentis, Manchester Airport and NATS. Whilst in Madrid, we also took the opportunity to announce opening an office in Vienna, Austria.

In April we had another world first when our GuardianUTM O/S platform, which has undoubtedly emerged as the world’s most comprehensive solution for enabling drones to be integrated safely into the sky, was enabled at six airports in the UK – including one of Europe’s busiest, London’s Heathrow Airport.  Powering NATS’ Airspace User Portal (AUP), GuardianUTM O/S is now revolutionising the process through which drone pilots can request permission to fly in otherwise closed airspace, by simplifying it beyond all recognition.

In June we were in Switzerland attending the CANSO Global ATM Summit and 23rd Annual General Meeting. The Technology Behind Operation Zenith was one of six shortlisted nominations for the first CANSO Award of Excellence in ATM. Our Head of ATM, Philip Binks, presented an overview of Operation Zenith to 300 members of the CANSO community. Alas, we didn’t leave Geneva with the top prize, but I was immensely proud Altitude Angel was competing for an award against such deserving parties and other industry giants.

July brought our ‘game changer’ announcement, the launch of the world’s first automated ‘conflict resolution service’ as an API. Using this service, any pilot or operator can securely check for conflicts in their drone flights quickly and easily, using Altitude Angel’s tried-and-trusted safety technology. This was a massive step forward. Not just for Altitude Angel, but for the future of automated flight: services such as these will become essential building blocks for the future of automated aerial transport. The news of this release created headlines all over the world as the industry realised what a key technological milestone had been passed.

We spent much of the summer dividing our time between Estonia and Finland as one of the UTM platforms showcasing our industry-leading technology as central partner in the Gulf of Finland (GoF) trials. Over the course of the trials we were able to demonstrate a comprehensive range of U-Space 1-3 services, including collation of multiple telemetry and surveillance sources (ADS-B, primary and secondary radar, FLARM, integrated ground control stations and GSM trackers), flight planning, approval and In-flight instruction, dynamic geofencing, remote ID and FIMS integration through a SWIM architecture.

Safety has always been at the core of the aviation industry and Altitude Angel is committed to ensuring the best practices and learnings from aviation are adopted and implemented in the UAV and U-Space industries. This resulted in our launching our own, simplified ‘just culture’ reporting platform: an anonymous web portal where drone operators can submit details of an incident by answering a small number of questions. Altitude Angel will collate the findings before making it available to the wider industry in order for each business segment to apply the appropriate learnings and improve safety. This initiative was widely welcomed by aviators and drone operators alike, which resulted in our being nominated for an award at the prestigious CANSO Safety Awards.

Our presence in the USA has also grown. As well as entering in to a strategic partnership with Pierce Aerospace, in November we added Low Altitude Authorization and Notification Capability (LAANC) Exception for Recreational Flying/Section 44809 service in to our products, meaning our U.S.-based recreational drone pilots can now join commercial pilots and use the company’s capabilities to access airspace at around 600 U.S. airports – free of charge. With over a million registered recreational drone pilots in the United States, we can now offer them the ability to request approvals to fly in restricted airspace via our user-friendly portals.

And we’ve closed the year on another magnificent milestone. Earlier this month we were able to announce we had been awarded the contract to provide Netherlands’ ANSP, Luchtverkeersleiding Nederland (LVNL), with its first nationwide UTM platform. With the deployment of our technology to our new partners at LVNL, we lead the world in production UTM capability.

To say we were thrilled to be awarded the contract would be an understatement: the solution we presented scored a perfect 100% in the open, competitive procurement process and I am as incredibly proud of the achievements and efforts of our team as I am excited and honoured to be working with LVNL. Early next year we will start to rollout across the Netherlands a technically advanced, nationwide, UTM platform which will serve as the foundation for safe integration of UAVs and further increase their use in Dutch airspace for years to come.

And in between all the above we’ve also formed numerous strategic partnerships with various businesses, organisations and commercial enterprises, all with the core aim of advancing the industry to help move it forward and create a world where autonomous drone flight is commonplace. This has included being one of six other organisations, including NATS, Amazon and Volocopter, in the CAA’s ‘Innovation Sandbox’ where we’ll be able to discuss, explore, trial and test emerging concepts, helping the UK's aviation sector to continue to be at the forefront of technology.

As I reflect on the significant progress we have made since our incorporation five years ago, I am humbled to have such an amazing team behind me, to have developed deep and meaningful partnerships with so many valued organisations and individuals, and excited by the opportunity which exists ahead of us.

We’ve spent five years focusing on the hardest problems in this emerging industry, because they needed to be done, and because nothing worth doing ever came easy. With your support, and the support of our partners, 2020 will be a transformative year for the drone ecosystem as we release the technologies which will truly help to transform lives and revolutionise businesses at scale.

Accurate NOTAM Parsing and Why You Should Care