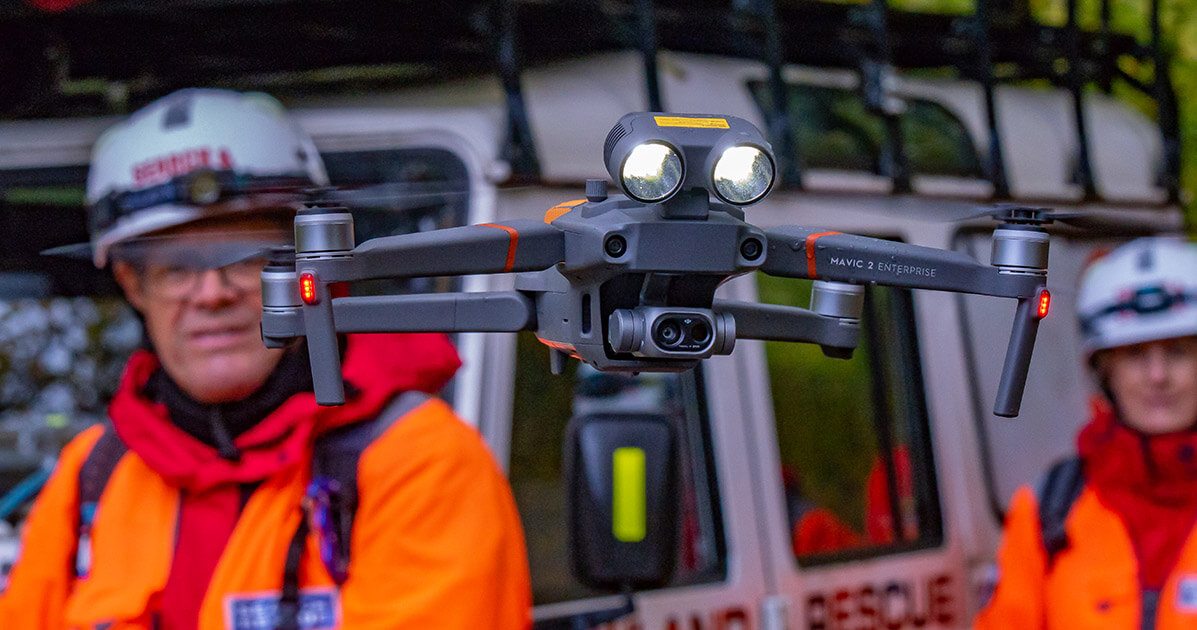 New research from the BT and Altitude Angel-led “Project XCelerate” Consortium[1] has found over two thirds (68%) of the British public believe drones will have a positive impact on their life in the future, with almost half (49%) saying they are optimistic or excited about the potential drone technology holds.

The public is most positive about the impact drones can have on society for the greater good. Research found that 49% want to see drones used for risky jobs in place of people, such as firefighting (76%) and inspecting infrastructure (70%), while two in five were keen to see drones extending human capabilities and reaching otherwise inaccessible areas (42%), such as tracking criminals (65%) or investigating crime scenes (73%).

Human safety was particularly important to the over 65s, who agreed it was the biggest benefit of drone use, while the environmental benefits of drones were deemed equally important to human safety by the under 30s (36%) to support reduction in air pollution.

Despite this positivity surrounding this emerging technology, 38% of people still have concerns about drone use in the UK. Almost half of all adults said drone misuse (46%) and public safety, along with privacy (48%) around personal data and private property, were their main worries. Much of this concern could stem from some public misconceptions, with 47% of Brits believing drone usage remains unregulated, when in fact, strict regulations for drone operating are in place across the UK and continue to be developed and implemented by the Civil Aviation Authority as usage expands.

The report comes as part of Project XCelerate’s wider work on the UK Government’s Future Flight Programme and will be used to identify how the consortium will work to overcome some of the challenges around the public acceptance of drones.

Dave Pankhurst, Head of drone solutions at BT, said: “It’s encouraging to see that broadly the public recognise the future opportunities of drone technology, and the positive impact drones can have on society through providing potentially life-saving services. But the findings also highlight the need to better inform the public to help address any concerns they might have around the acceleration of drones in our everyday lives.

“To unlock the potential of drones, close collaboration with a number of key stakeholders, from the public, government, regulators, and the industry is needed. Through Project XCelerate we aim to help contribute to safely opening up the skies, creating new opportunities for the future of drone flight.”

Richard Parker, Altitude Angel CEO and founder, added: “We’re seeing drones save lives and change the way we live and work on an almost daily basis. The technology we’re developing and deploying with partners, like BT, will be the foundation on which the UK builds and enables its drone economy.”

Project XCelerate will demonstrate how drones can support ground-breaking use cases such as search and rescue missions, infrastructure inspection, and even the delivery of medical supplies to help improve access to healthcare in remote communities. By demonstrating the positive impact of drones through real world use cases, the project aims to help influence existing airspace restrictions to safely unlock the potential of drone technology.

Research conducted on behalf of BT and Project XCelerate by Strive Insight during 2021 of 2000 UK nationally representative respondents. The full report, The Future of Flight: Public attitudes towards the increasing use of drone technology in the UK, can be found here.