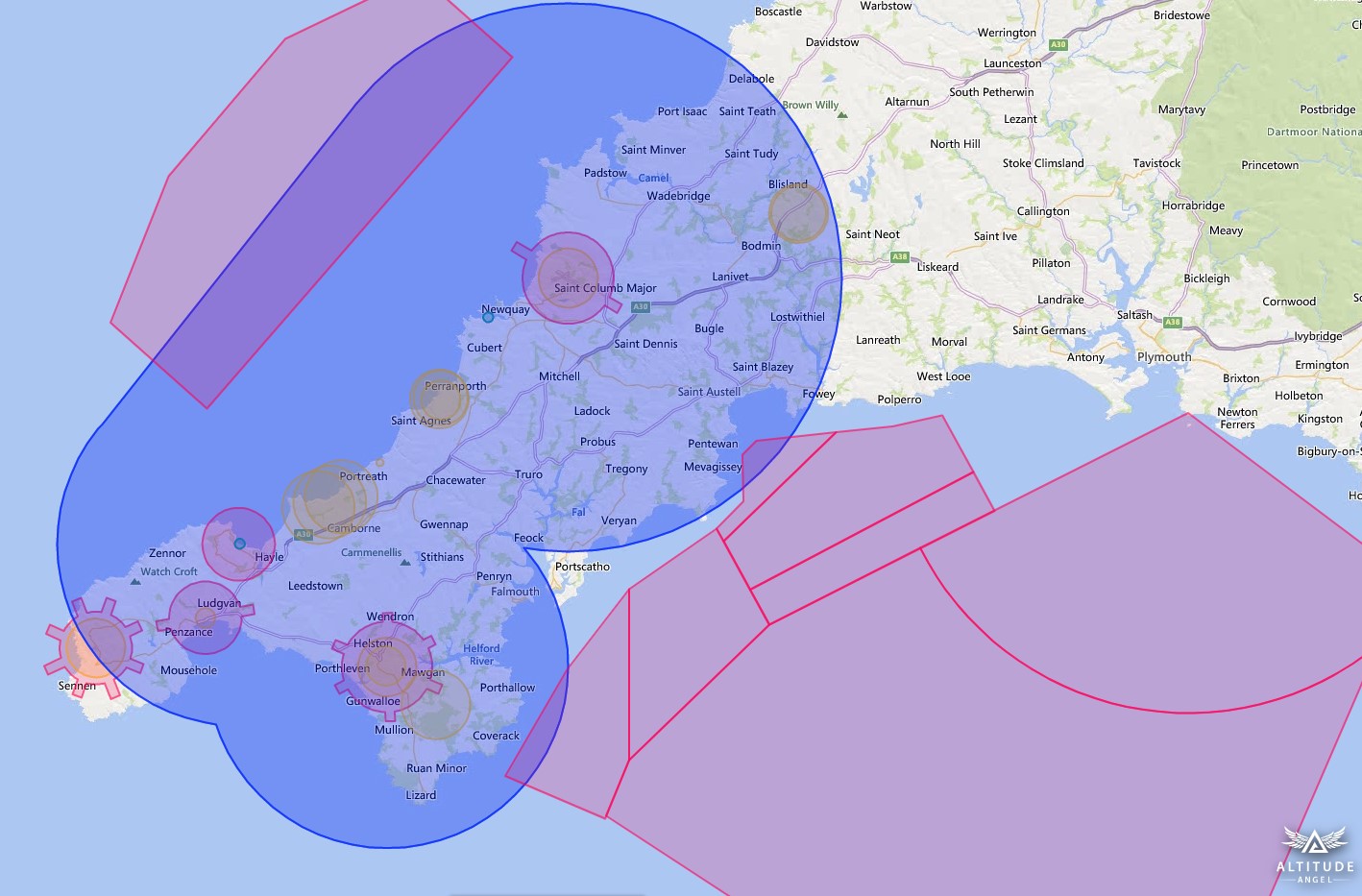 Map view of airspace closures around Cornwall for G7 Summit

London, UK: As the leaders of the seven most powerful nations arrive in Cornwall this week for the G7 Summit, anyone planning to get a glimpse of US President Joe Biden or France President Emmanuel Macron from the air will be sorely disappointed as airspace over the UK’s southern most county has been closed to all but the birds and security services.

Anyone wishing to fly a drone or light aircraft between 7pm on Wednesday, 9 June and 10pm Sunday, 13 June will find themselves grounded as the security services have deemed the sky ‘off limits’ to all civilian aircraft.

As shown on Altitude Angel’s dronesafetymap.com, a free drone flight planning tool, Cornwall has been covered by a Restricted Area (Temporary), shown on the map in blue, displaying the area in which drone and manned aircraft flights have been prohibited.

“The sky above Cornwall will look very different over the next few days,” said Phil Binks, Altitude Angel, Head of Air Traffic Management. “Whilst drone and light aircraft activity will be banned, the skies won’t be quiet. There will be an increase in military activity so anyone living or on holiday in the area will be treated to the sights and sounds of helicopters flying overhead.”

“I would strongly recommend any pilot in or around the South West of England, of either a manned or unmanned aircraft, check the status of the airspace over which they intend to fly this weekend using dronesaftetymap.com or by downloading the Drone Assist app. Either flying or straying in to the restricted airspace might not end well…”