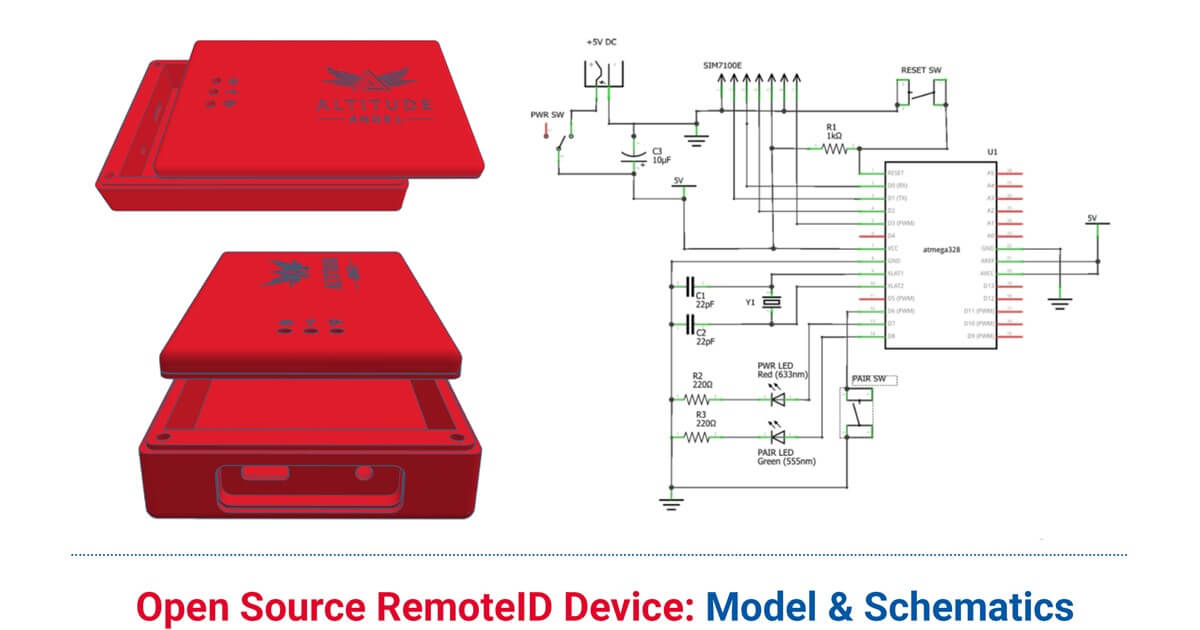 Primarily intended for use in commercial and industrial drone applications, Scout provides the capability to securely obtain and broadcast a form of ‘network remote ID’, widely seen as a necessary step for enabling routine drone use and beyond visual line of sight (BVLOS) flight. As it is open source, both the hardware and the firmware can be enhanced and incorporated into a virtually limitless set of scenarios.

The launch of Scout comes just weeks after Altitude Angel announced it had made available a surveillance API which allows integrators to both share and receive flight data from a variety of sensors and devices in near real-time, providing a truly comprehensive real-time picture of the airspace.

What sets Scout apart from other similar devices already available is it offers both two-way communication and is fully open-sourced. Other devices are, typically, proprietary and ‘broadcast only’, meaning the receiving system can only ‘hear’ the device itself, and cannot ‘talk back’ to the drone. The ability to talk back enables the Altitude Angel UTM service to help the drone avoid collisions with other aerial vehicles, or restricted airspace.

From launch, Scout will use identifiers obtained freely from Altitude Angel’s GuardianUTM platform and will work in combination with a pre-flight (flight plan sharing) service and is supported through integration with Altitude Angel’s Tactical Conflict Resolution Service (CRS) service.

Scout will enable the drone to report its real-time location using GPS-type sensors and relay this data via a secure, encrypted mobile communications link across 3G, 4G and 5G networks to Altitude Angel. It is powered by an internal rechargeable (via micro USB) lithium battery. Altitude Angel has also provided reference design plans for the case which can be 3D printed. Scout has been designed to satisfy emerging network Remote ID standards, such as ASTM.

Unlike some other devices on the market which restrict where the data can be shared, as the firmware is open source, the telemetry can also be sent to other systems as required by the implementor.

A two-wire I2C upgrade to the circuit schematics, plus version 2 of the firmware (both scheduled for June 2020) will subsequently enable the full two-way communication between the Scout device and the drone’s onboard systems, allowing the drone to respond directly to information received from the UTM. In the interim, early adopters will have the opportunity to begin to integrate with Altitude Angel’s UTM services, test the hardware and communication. Position data Altitude Angel receives from Scout is then automatically used by its Flight Information Management System (FIMS) to help provide traffic deconfliction.

Richard Parker, Altitude Angel, CEO and founder said: “For routine automated commercial and industrial use of drones to take flight, several challenges need to be solved. Not least, how will the drone be connected to the digital air traffic control systems of the future? Some proprietary devices exist which provide only a small part of the solution: getting the drone’s location to a single UTM.

“We believe Scout is unique because its open source architecture can be incorporated into other solutions and its firmware can be customised to suit any particular task and connect to virtually any system. By making Scout freely available our hope is to accelerate the take-up and use of UTM-connected drones.  When this is achieved, we will not only be keeping our skies safe, but we will open them to scalable, automated flight.”

Richard added: “Scout represents one of the latest projects to emerge from our R&D lab and we’re saying to users ‘take this device, experiment with it, improve it and integrate it with your solutions, and share your findings with the community’.”

Altitude Angel does not yet have plans to manufacture the device, but remains open to the possibility as part of its work supporting the emerging drone ecosystem.

Plans, firmware and schematics can be accessed via the Altitude Angel GitHub repositories at https://github.com/altitudeangel/Scout from Wednesday, 13 May 2020.